With the collaboration of Fernando Grisalez

On March 11, 2010, I was invited to the old town of Mampuján, in the district of Los Montes de María, Bolívar, Colombia. The community commemorated the 10th anniversary of their displacement by the paramilitary group “Heroes de los Montes de María” (Heroes of Los Montes de María). In the abandoned Rural School of Mampuján, which had no roof and a floor covered with vegetation, I found a blackboard in one of the classrooms, and on the wall next to it, vowels were drawn. The calligraphy and colors of the letters caught my attention. They seemed to be fleeing from the blackboard: the a, e, i, o, u were legible despite the damp and the abandonment…the “o” was vanishing. In a second classroom, I saw a blackboard hidden in the thick vegetation, faded and in very bad condition. I hesitated to photograph it.

A few days later, while inspecting the image, I discovered that in that silent blackboard an almost invisible sentence appeared: “Lo bonito es estar vivo” (The beautiful thing is to be alive). Those blackboards, in the old town of Mampuján, encouraged me to seek other schools in Los Montes de María, other memories that could be found before fading forever, like that “o” in the school of Mampuján. For over seven years, I, with Fernando Grisalez, have found more than 100 schools that have been abandoned because of Colombia’s ongoing war. We have photographed more than 200 blackboards. The Silencios series also includes the school of Bella Vista in Bojayá, and other schools in Chocó and Caquetá. 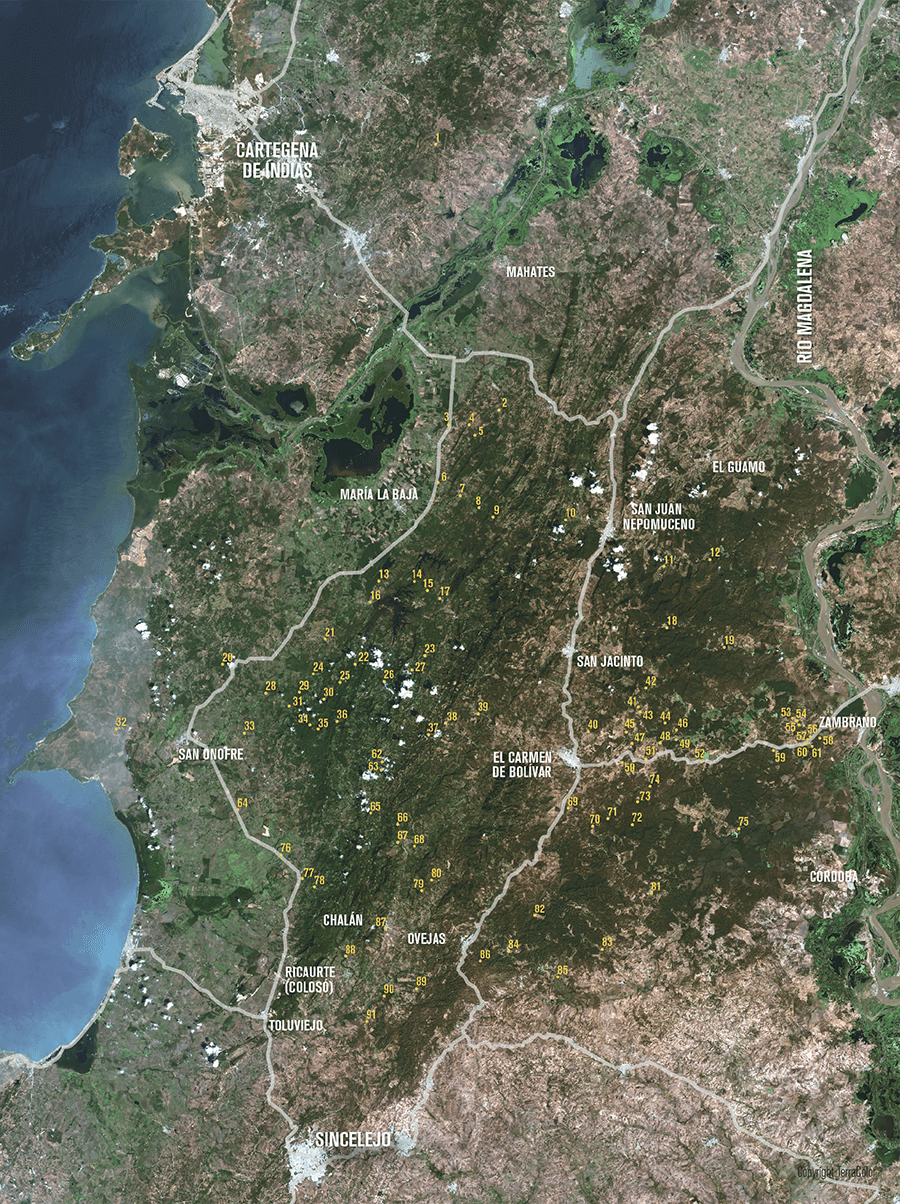